History tells us that camels arrived to Lanzarote tied to a ship. It was in 1405 when camels from Africa came to the island tied in a side of the ship because it was danger to bring them on board. They were able to resist the whole voyage because they kept the air in its 4 stomachs and they could float.

Both biology and dictionary determine that in Lanzarote we should use the word dromedary (because the “camels” we find in Lanzarote only have one hump.)

It became very important in the 1940’s. There were registered about 3000 camels around the island. Today we find them in Yaiza, where there are more than 400 camels from Lanzarote and are used for tourism purpose. However, this is a new activity to them because for years they were the perfect help for the inhabitants of Lanzarote.

They do not only ploughed the land, they also carried the product to transport them from the countryside to Arrecife, where the products were transport to other islands. The camels carried onions, watermelon or sweet potatoes from Lanzarote. They were able to transport a charge similar to their weight. It is said, if an animal weighs 300 kl it could carry the similar among. It was the coworker of the peasant of Lanzarote for years. 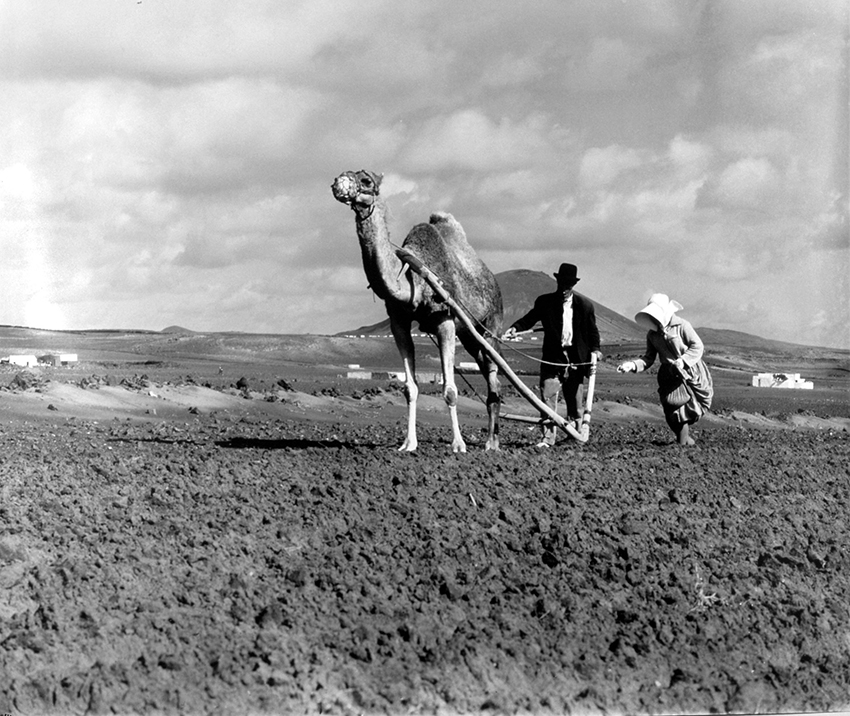 The landscape of La Geria is due to the great work developed by these animals. The camels were as labourer. The old people still remembered how the camels brought water to their homes before the water supply system. Or also how they worked as a taxi when a patient need a doctor in every corner of the island.

Camels are able to survive in extreme arid conditions, without drinking water for weeks. For that reasons, among other ones, in Africa they receive the nickname of “ships of the desert”. That is normal is that they drink about 16 litres of water per day, although day can be days without drink. In these cases, they take water from different parts of their body, a technique that other animals are not able to do. They hold water from their own urine. In addition, they are animals that do not sweat and have the ability to move the fat of their body to get water.

With the arrival of motor vehicles and the tourist development the people of Lanzarote left the field and the use of camels there disappeared. It was in the 60’s when camels were introduced as a tourist attraction in the area of the Timanfaya National Park.

Today, we find them there, in area reservated to them where every day get the tourists to the Fire Mountains. 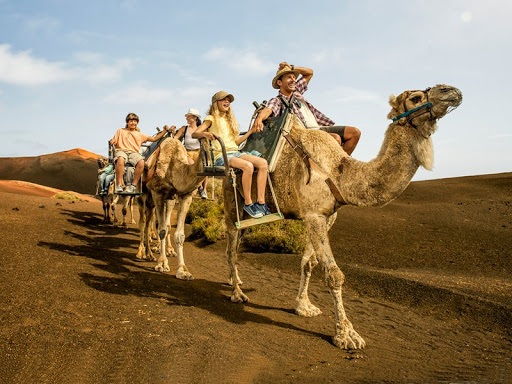 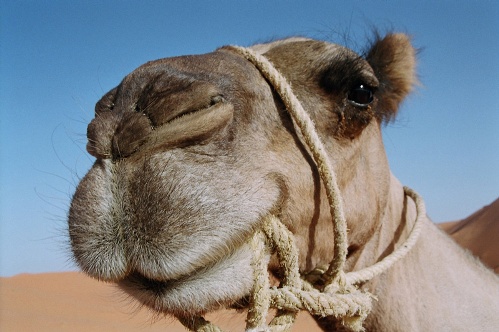 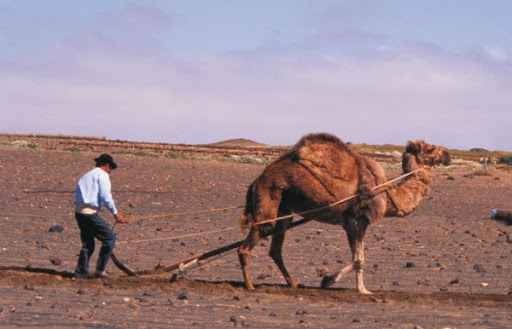