Traditions and history of the Carnival in Lanzarote 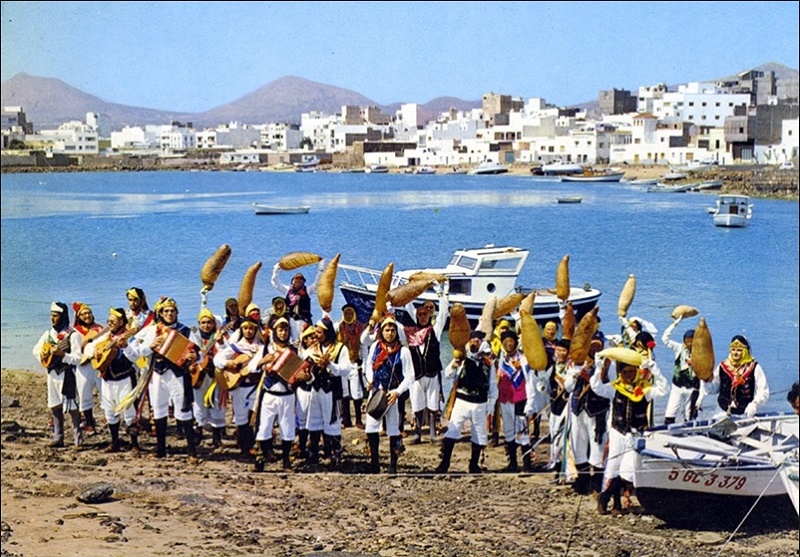 The Carnival has been always one of the most popular parties in Canary Islands. For a while,  the inhabitants of the islands forget the hardships and the shortage. Also, it allowed them some excess before the penitence period imposed by the religious tradition of the Lent.

Currently, the celebrations of the capital islands focus the attention of the media but other carnival also exist and takes to the streets rituals and customs that come since time immemorial.

In Lanzarote is unknown the exact date that carnival started, but one of the most extend theory dates it towards the 15th with the arrival of the Spanish conquerors to the island, although up until now there are not any document to confirm it. 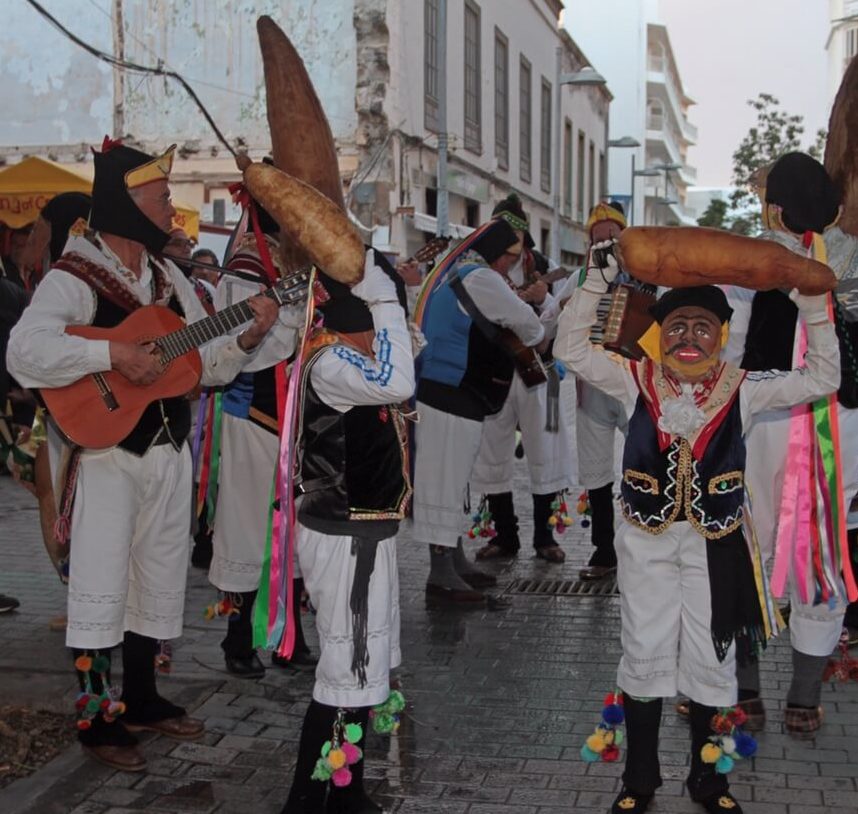 Would you like to know some curiosities about the history and traditions of the Carnival in Lanzarote?

If we pay attention to the stories and memories of the town and of our elder people, the oldest reference we have about carnival talks about groups dressed up on the street making up their faces with a burnt cork.

In the houses people prepared food and drinks to share with some visitors who made a stop there to grab a bite and enjoy music and dance. Normally owner’s boats gave fish to the local population, that is why on those days they were never short of sancocho, a traditional food in all houses of the island.

One of the most popular traditions of the carnival in Lanzarote from its beginning was the music of the foritos or accordions in the parrandas marineras (groups of people getting together to have fun, always with musical instruments) and also the bucheros, sailors on Arrecife’s streets on Carnival days dressed up with old country clothes, coloured ribbons, masks, and dried fish bladders filled with air used to run around and hit people on the way.

Carnivals were not allowed in Lanzarote during the Civil War and was not until 1963 when this tradition was revived so La Parranda de Los Buches was set up. This group was the first one in the island, and still continues opening every year the carnival parade in Arrecife. 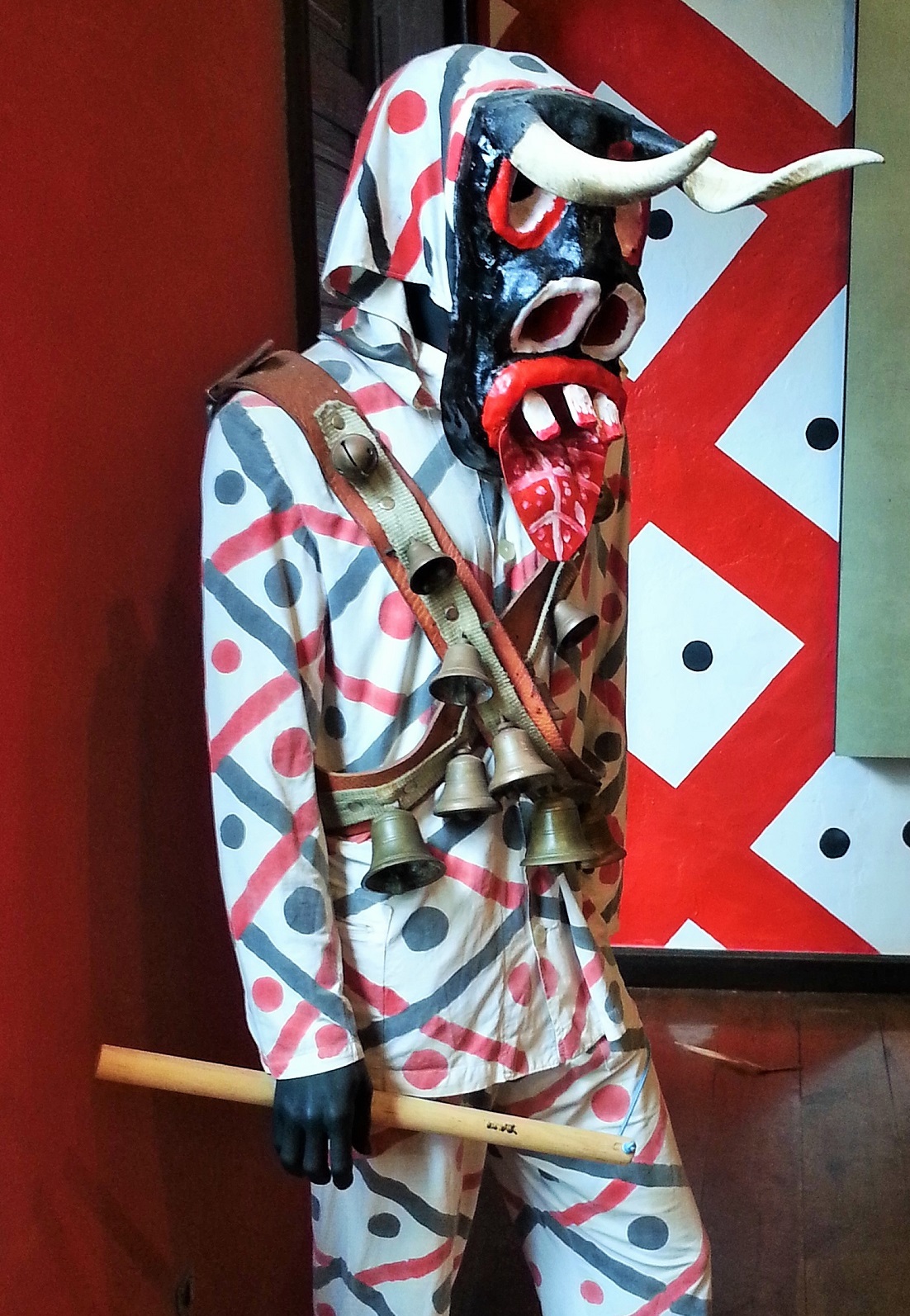 Other of the main traditional representations in the island is Los Diabletes, who are related to the carnival in Villa de Teguise. Los Diabletes are figures mixed with aboriginal, spanish and morisco beliefs. We find the first written evidences at the first part of 16th. This figure embodies the billy-goat, a symbol of maleness and fertility, just like the ram was in El Hierro and later Los Buches in Arrecife.

The typical clothing worn by Los Diabletes is a white trouser and a shirt painted with red and black rhombus. Also, they wear a big mask similar to a bull face in which emphasises the enormous horns of a billy-goat and the red tongue.

The participants wear their costumes, take cowbells and a baton to threaten and “hit” the pedestrians.

If you are in the island in carnivals, seize the moment to enjoy the music, the colourful and the festivity atmosphere. 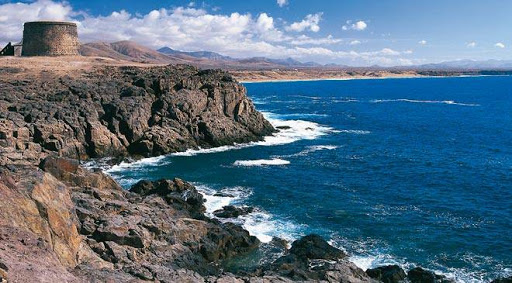