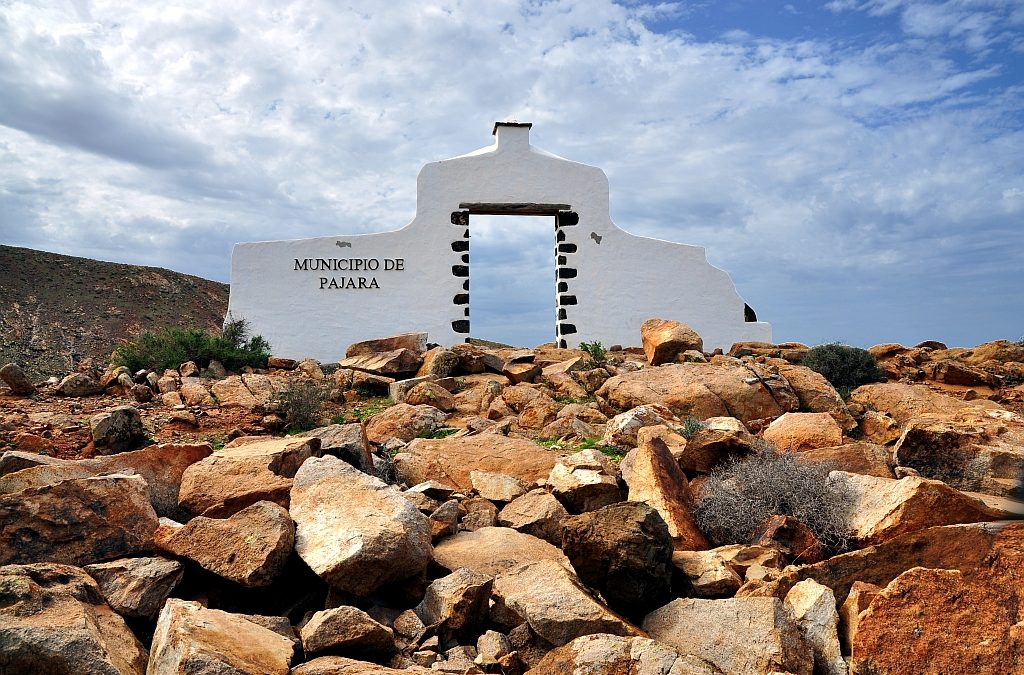 Did you know that in Fuerteventura is located the municipality with the longest range  of coast in Spain? Today we will visit Pájara to discover the namesake capital of this district of the south of the island.

Situated in the heart of Fuerteventura, just at the south of the mountains of Betancuria, the town of Pájara was founded by Norman settlers at the end of the XV century, looking for fertile lands. It is considered the oldest populated area of Fuerteventura, after Betancuria.

Its history begins since the year 1834, with the final settlement of the council at the square of this place. Just there, it is besides a cultural centre, the Our Lady of Regla Parish, of the XVIII century, which is the main attraction of the area.

Surrounded by a long and green grove, and a beautiful garden, the church of Pájara stands out from outside by its two porticos. In one of them it can see some azteca details chiseled on a copper colored stone, as its builders, although they were spanish, were living in the south of América. Anyway, this origin is not supported by all the experts in art, but it is the most widespread theory.

Inside it stands out two big baroque altars. It has also, among different important works, a statue of the Virgin of Regla, a pulpit carved on wood and gold, and a sculpture of the Ecce Homo.

Also in this square, just opposite the council, there is an original animal drawn waterwheel of the XIX century. Still today it is possible to see this machine working, operated by a donkey or a camel.

Pájara has been above all a farming town, and although this activity has been relegated in favour of the tourism industry, you can still appreciate here some crops with wheat, barley, potatoes and alfalfa. The cattle industry had an important development as well, with a high number of goats, the biggest one of all the municipalities on the island.

Other attractions of this locality, which you can see having a walk along the old town, are the houses. The exploitation of big farming properties enriched some families of the aristocracy. That is the reason why in the town center there are some stately houses. Many of them have been restored, still keeping its wooden balconies and courtyards, with the most traditional architecture from the Canary Islands. Some houses have even been turned into rural hotels and restaurants.

In short, if you are on holiday in Fuerteventura or you are planning to come here, the town of Pájara definitely deserves a visit. For some hours, this quiet place transports you to another time. A little oasis in the middle of so much dryness, with which you will discover the most rural and maybe authentic side of this island.