The Fuerteventura cheese, a jewel of the gastronomy in Canary Islands 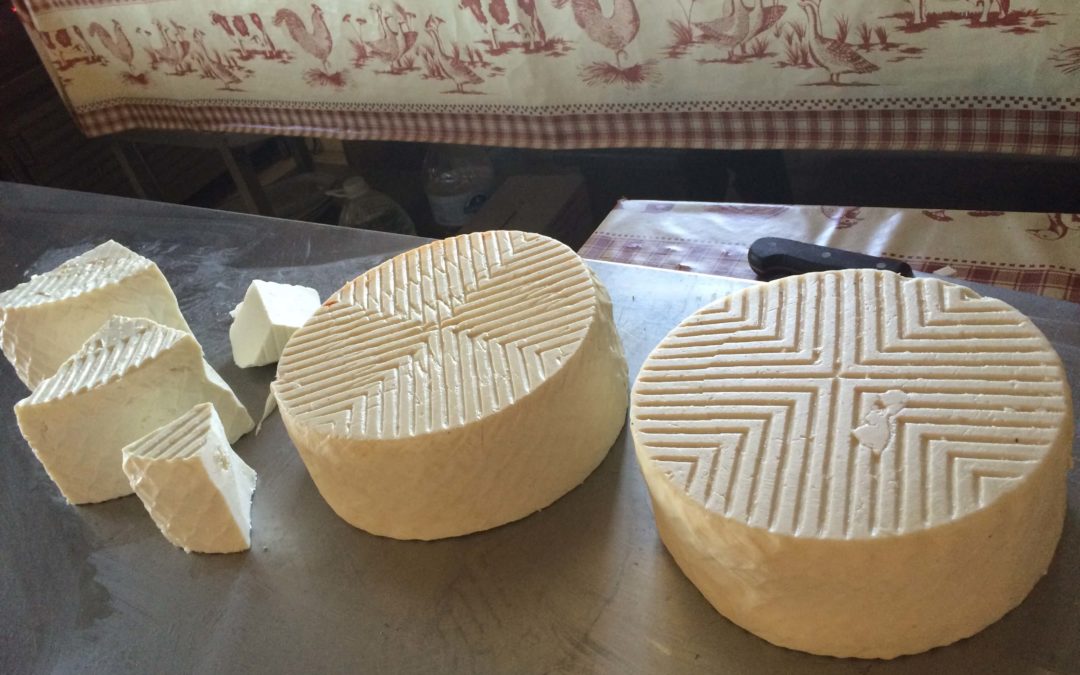 When we talk about the Fuerteventura cheese or majorero cheese, we refer to types of cheese made with milk from majoreras goats, autochthonous animals of the island, and following an specific artisan technique.

The cheese tradition in Fuerteventura and its elaboration dates back to many years ago when pre-european ancestral societies occupied the island, carrying knowledge from the Berber tradition in the north of Africa.

Cattle raising was the main economic activity developed by the old inhabitants. They discovered in the cheese elaboration the most effective way to use the milk surplus they had.

If you are wondering why it has been given that name, you should know that majorero comes from the name of the islands first inhabitants the “majos” and also from the former name of the island “mahorata”, “majorata” or “maxorata”. 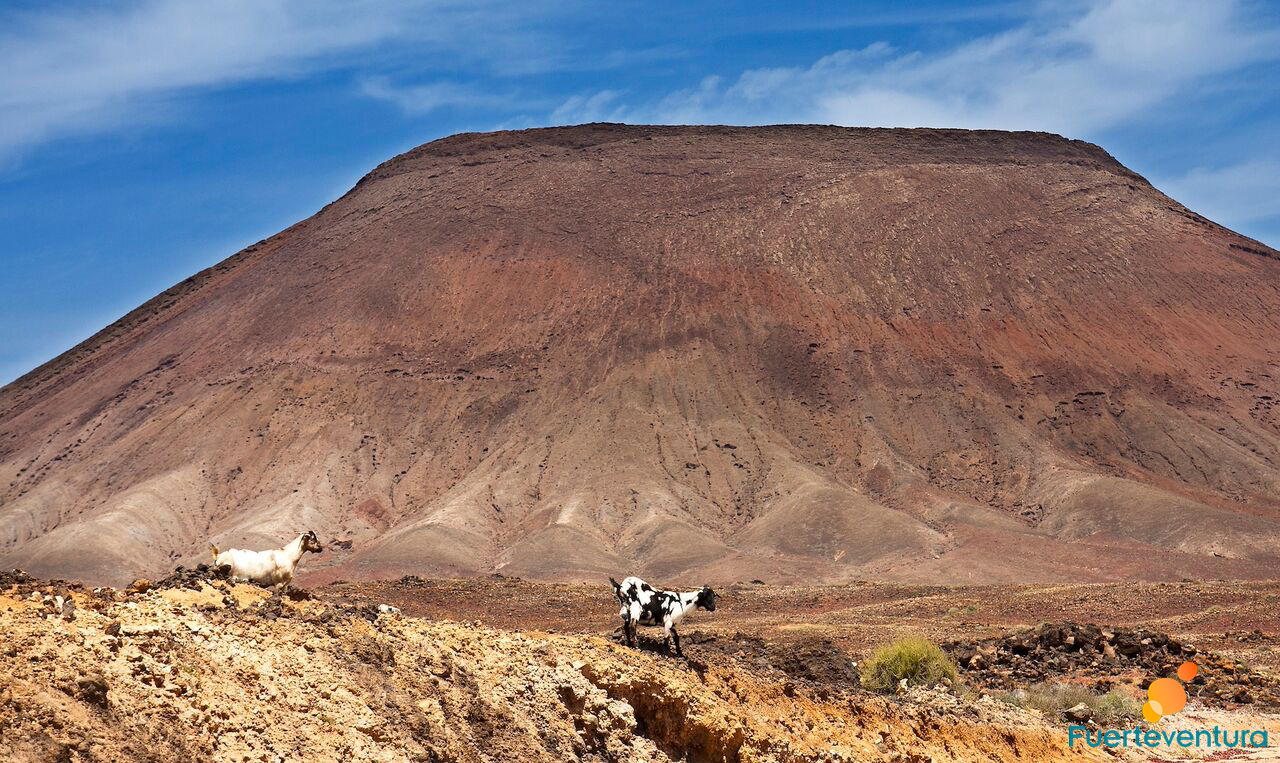 We found the first mention of Fuerteventura cheese and the way of life of the majos in the chronicles of the first conquerors, naturists and expeditionaries who passed through the islands in their discovery routes in the XV, XVI and XVII centuries. In the work “Le Canarien”, that narrate the conquest of Lanzarote and Fuerteventura carried out by Jean de Bethencourt and Gadifer de la Salle between 1402 and 1405, it is described the way of life of the first settlers of Fuerteventura. In this work say:

““They do not eat salt only meal. They have high meal stocks without adding salt. They hang it at home, left it dry and then they eat it… They are provided with cheeses that are exquisite, made only with goat milk.” 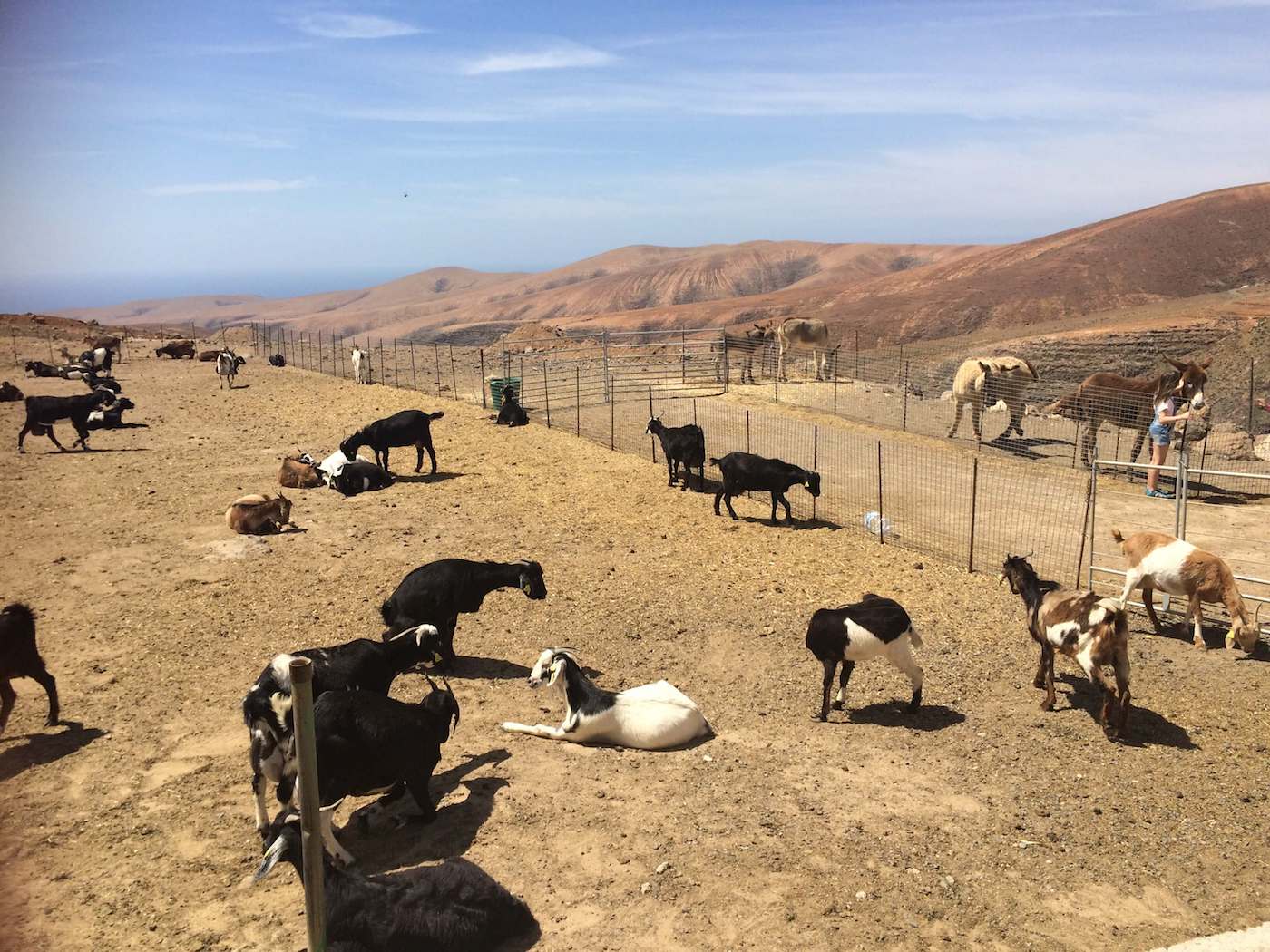 The Fuerteventura cheese is a product made with goat milk from a native goat of the island, the majorera. They are used to roam free in the extensive dryland of the island where there is an indigenous flora adapted to the special island weather.

These goats have an excellent milking qualities due to the effort of the farmers. Since early times, the farmers have done a careful selection of the breed, adapting the goats to the majoreros’ ecosystems with excellent results.

For these reasons, the Fuerteventura cheeses (Majorero Cheeses) are uniques, with exceptional qualities that have resulted in the obtaining the first Protected Designation of Origin (DOP) of the Canary Islands in 1996. 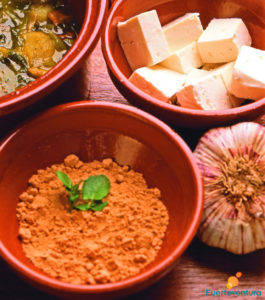 Normally, the cheeses are strong-flavoured and buttery texture. Although the look of the cheese will depend on the kind of production and the degree of maturity used to produce it. We can find different types of majorero cheese: fresh, soft, semi-cured and cured, and also other delicious varieties more elaborate with ingredients like paprika, “gofio” (toasted cereal flour) or made with flavour of smoked salmon or macerated oil.

The Fuerteventura cheese has received several numerous awards, not only for its flavour and quality, but also for preserving many traditional process in the elaboration. For example, in 2016 won the World Cheese Awards, obtaining the certificate as one of the best 16 cheeses of the world between more than 3000 samples entered in the contest. Also, in February of 2017, the company “Maxorata” was honored of Super Gold for the best cheese of the world, supporting the high quality of this product.

CULTURAL TOURS TO THE FARMS AND CHEESE FACTORIES

The international recognition of this gastronomic delight and the unprecedented boom in the popularity the last few years has triggered enormous changes in the sector; some farms have opened their industry to visitors and show their production process and their local products to satisfy the curiosity of the gastronomy lovers. In that way, they promote knowledge and consumption of Majorero cheese.

In Fuerteventura there are more than 40 cheese farms around the island. You will find them in different municipalities: Antigua, Betancuria, La Oliva, Pájara, Puerto del Rosario and Tuineje, so enjoy this gastronomic route linked to the traditional cheese-making in Fuerteventura is a excellent approach to discover the history of the island and its incredible scenary. From the endless beaches of Jandía or Costa Calma in the municipality of Pájara, to the volcanic landscape with ravines and eroded plains of the municipalities or Antigua or La Oliva along with inland villages. 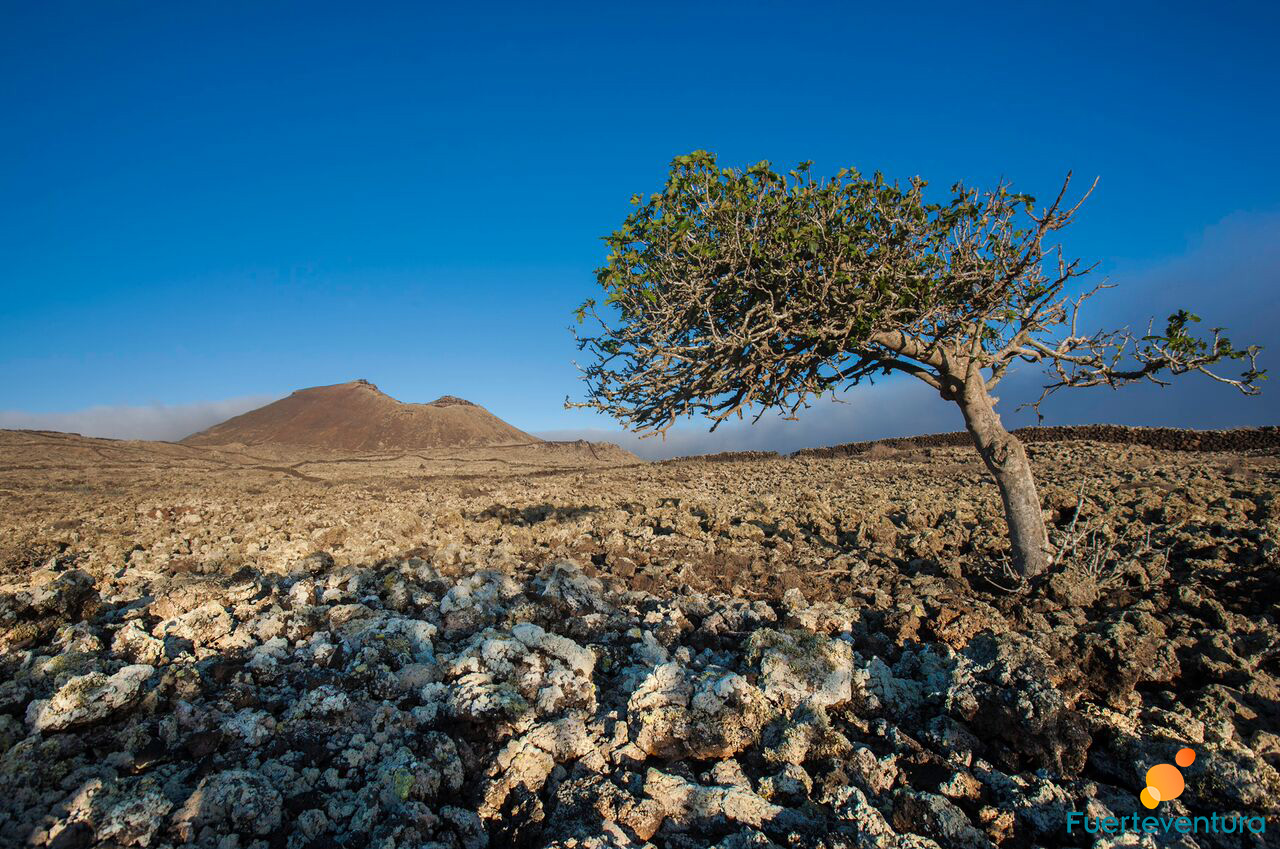 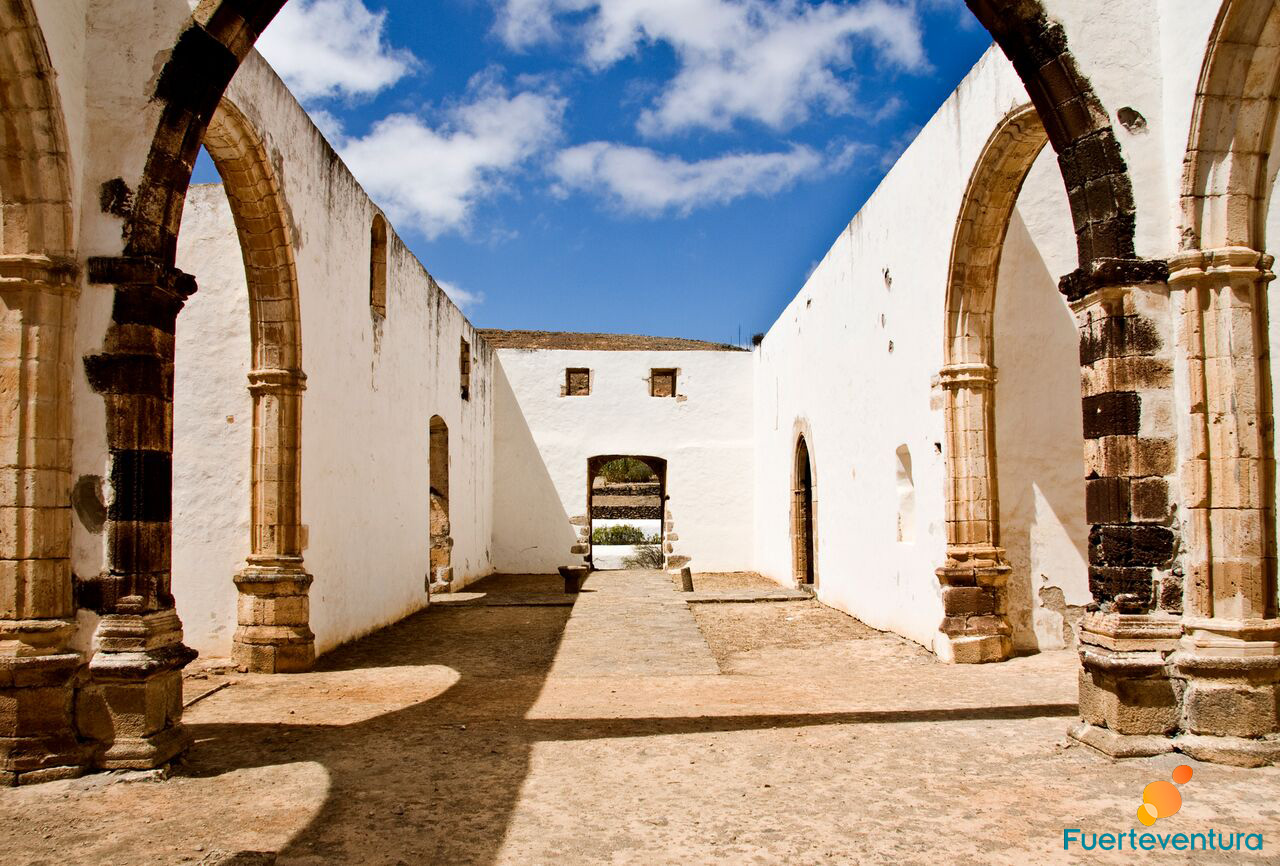 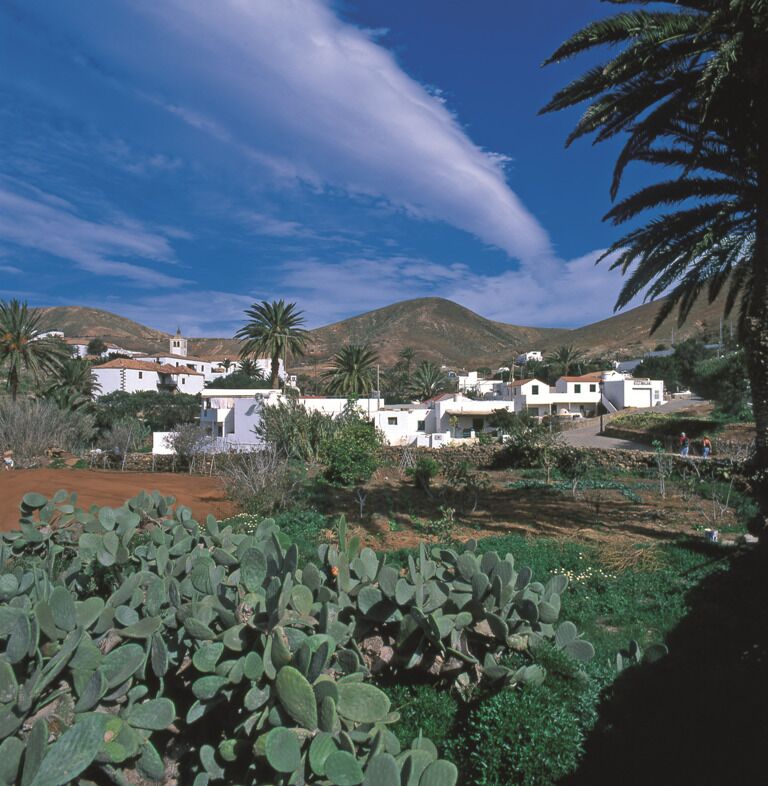 If you are coming to visit Fuerteventura, don’t miss the chance to go over the island, discover its culture and tradition, and enjoy its gastronomic jewels. A majorero cheese will be one of the best memories of your holidays in the island.