The Centenary of César Manrique 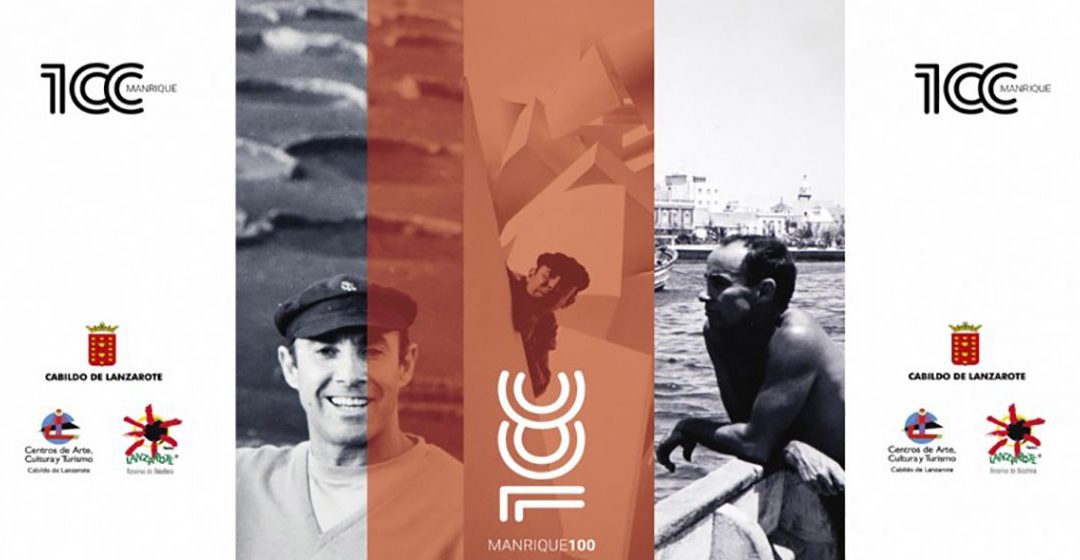 It is now 100 years from the born of an artist, a man inspired by the landscapes of Lanzarote, a genius that show the world the hidden beauty of a volcanic island.

César Manrique was born in Arrecife, bordering “El Charco de San Ginés” the 24th of April of 1919. One brother and two sisters accompanied him in his childhood and they were confirmed the drawing facility of the artist.

His curiosity was covered everyday thanks of his learning in the craftsmanship that were in the area of “Charco de San Ginés”. Tinsmiths and carpenters from the riverside showed him how with manual dexterity it could shape wood or metal. For many years he was scribbling, but it was during his summer stays in Caleta de Famara where the beauty of nature fascinated him, to such an extent that few months before his death, in his speech in the inauguration of his Foundation, he delivered the following words:

“Today my childhood memories are very close. Those wild summers in Caleta, where light was my personal possession and every day the sea filled the salty, fisherman’s eyes of Feliciano, strike me with nostalgia and joy. Today, my memory takes me back to the Atlantic, my master, that supreme, perpetual lesson of enthusiasm, passion and freedom” 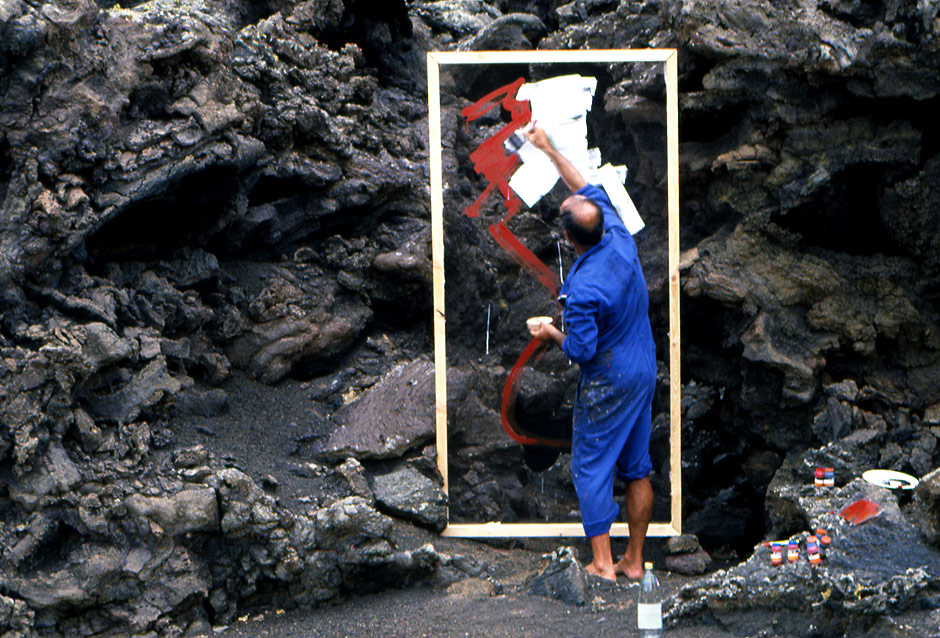 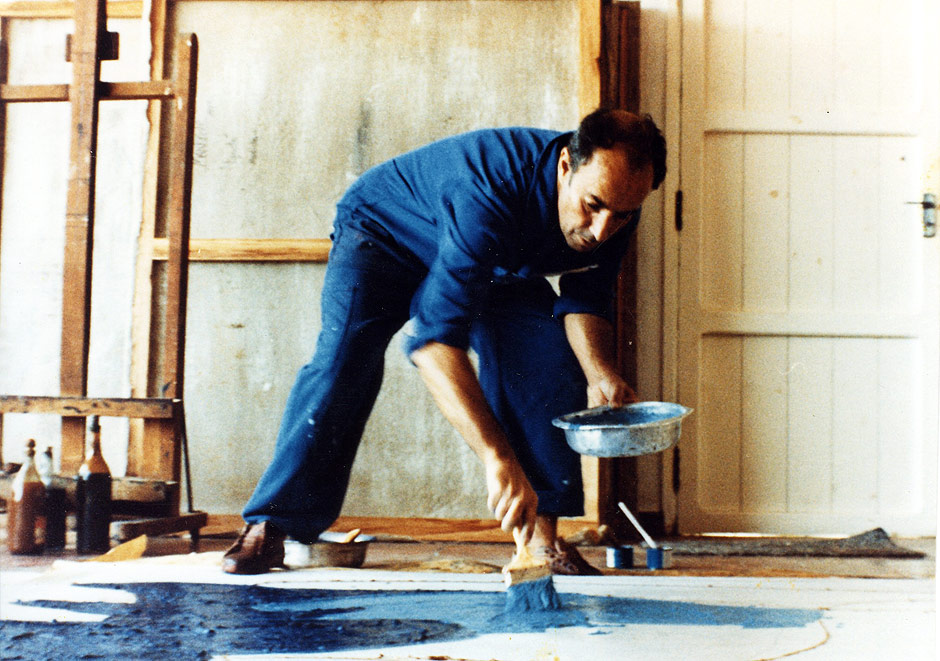 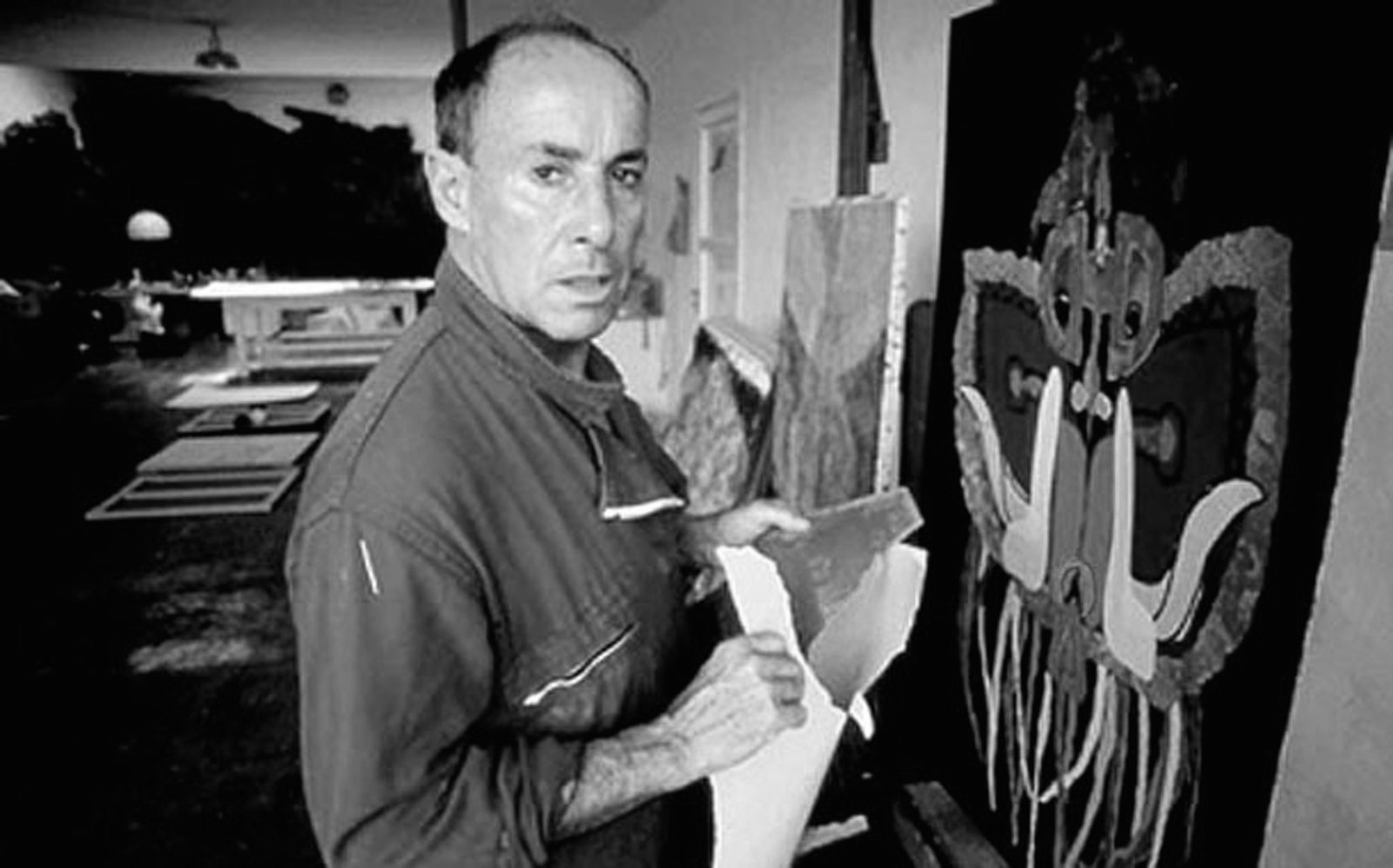 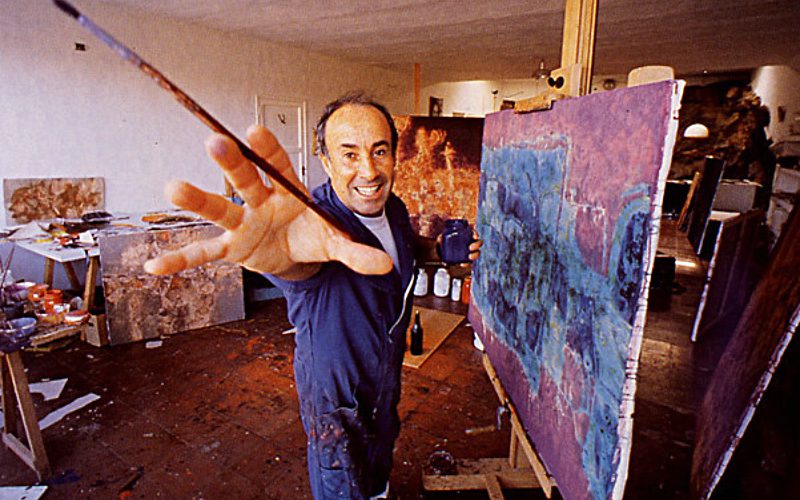 But going back to his childhood…Manrique’s friends describe him as a creative child, with a lot of imagination and paid attention in things of no interest to his playmates. He spoke of admiration for artists so famous as Picasso, Matisse and Braque.

In 1936, the Millares family came to Lanzarote from Gran Canaria and César became friendly with the youngest members of this family with information on art and culture, for the first time he began to share artistic concerns.

After participating in the Civil War, in 1939 he made friends with Pancho Lasso, with whom he held many a conversation about art. At that time, he moved to Tenerife to study construction engineering to please his father as he attempted to dissuade César from art and painting, but his stay on this island reaffirmed his vocation for painting, leaving definitely the architecture faculty. 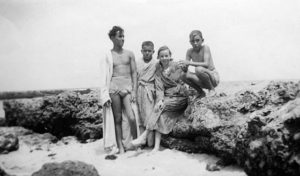 In 1942, Manrique held his first individual exhibition in the Cabildo Insular (Island Council Headquarters), and in 1944 he took part with other artists in an exhibition at the National Gallery of Modern Art in Madrid. His compositions consisted essentially of scenes of the sea and countryside in which he tried to show elements of the island’s traditional architecture.

In 1945 he was lucky to get a scholarship and began his adventure in Madrid, where enrolled at the Academia de Bellas Artes de San Fernando. Some years later, he got married with Pepi Gómez, to whom he was very closely attached until her death in 1963. 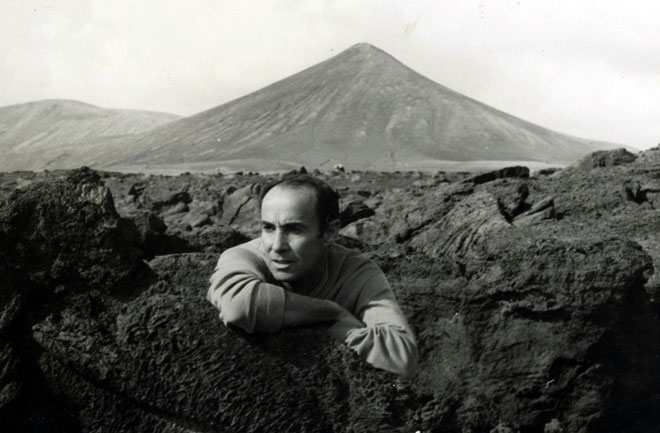 He saw one of his youthful dreams come true: to be able to make a living with his creative work. This, in turn, allowed him to develop another of his major passions, travelling and visiting different countries of the world.

In 1964 he moved to New York, a city which at that time was a metropolis at the height of its cultural splendour. It was here where Manrique really learnt and realised definitely Lanzarote was his place, his island, or as he said…”My truth is in Lanzarote”.

In 1968 he returned definitely to Lanzarote, and showed his concern about the avalanche of the tourist industry here. The island was changing its economy, focusing on the tourism sector mostly. César knew by intuition that the island’s natural beauty and its landscapes had a great fragility, therefore it was necessary to organise the territory coherently.

His great idea was to combine the production of consumer elements for the visual enjoyment of tourists with the conservation of nature. Manrique’s artistic and ethical commitment to Lanzarote made his art cover areas unthought of until that time. Therefore, it he 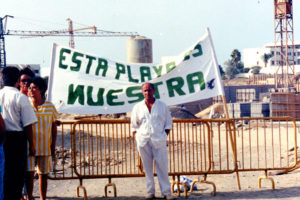 For many years he worked to show the best side of the island, and stop the increasing construction sector of tourist accommodations.

In 1992 the artist dies due to a fateful automobile accident. We will be always grateful to César for his hard work, for understanding that Lanzarote is much more than stones and volcanoes, and for helping us to show the world the infinite beauty of this island, his island.