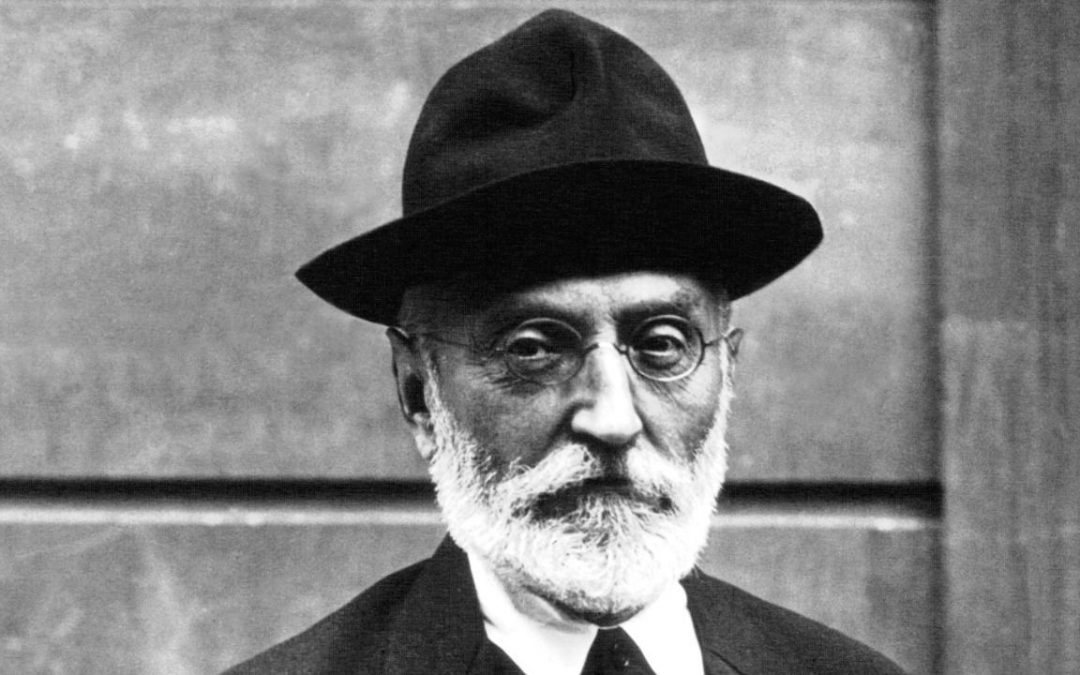 Miguel de Unamuno, was a writer and philosophy of the 98th generation. The 21st of February of 1924 he was exiled by Primo de Rivera because of his public complaint about the political situation in that time. Although he was not a revolutionary he always kept a serious critic against the power. His attacks to Alfonso XIII and Primo de Rivera through articles published abroad caused the antagonism of the dictator.

Born in Bilbao in 1864 and settled in the Salamanca University, where we was vice rector. This positioning changed his live and also the island where we was exiled, Fuerteventura. It was a 10th of March when he put his feet for the very first time in the island. And although it is said that he suffered a lot due to the distance with his family, he quickly felt attracted to the island. In his texts is possible to read <<It is a desolation. There is too little trees and water is scarce. It looks like La Mancha. But it is not too bad as others have told me. The landscape is melancholy and desolate but is has beauty. The arid hills seems to be camel humps and almost see their shapes. It is a land that could be described as a “camel” . Yesterday we did our first excursion by car to Antigua. We will do a new one in camel.>>

At that time we stayed in Puerto Cabras, today known as Puerto del Rosario, the capital of Fuerteventura. He stayed in a pension that was known as Hotel Fuerteventura. He went to fish, he went for along walks and wrote, he never stop writing. He kept contact with others intellectuals, journalist who shared his ideas and also with his family. He never stopped fighting for freedom. In spite of being guarded by the authorities he always managed to give his letters to the visitors who came to the island by steamers. He used them as his private post office.

In some letters he recognized that Fuerteventura to him was like a sanatorium , because in his life has never dreamt like there. He went back to his origins, to that cheerful intellectual who went across the villages to talk with the rural residents and to study the folklore and the collection of proverbs. 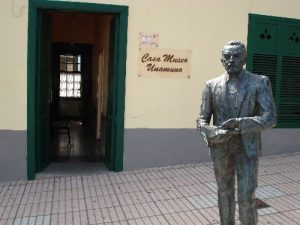 He was only four months in Fuerteventura but this period marked the life of the inhabitants of the island.  In his short stay there he struck up friendship with lot of people with whom he had large gatherings. In his works always praised the rich nobility of the islanders, the captivating land in spite of its scarcity. He always said that if Fuerteventura would has water it would have lot of potential to take advantage of. And we left his words in his works, refuting to everyone the idea that the had about the island: a poor and dry land.

The 9 of July of the same year he was reprieved but he exiled himself voluntary to France where we stayed till the fall of the dictatorship of Primo de Rivera.

Today remain his works about Fuerteventura, the island that took him and that contribute so much to him. We could visit the museum dedicated to Unamuno. It is in Puerto del Rosario, in the same place where he stayed. It is possible to see the place where he were during his exile and on the walls we could read his works about Fuerteventura. Although it is nos a big museum nor one of the most impressive, it is interesting and worth a visit. It is situated just in front of the Nuestra Señora del Rosario church. 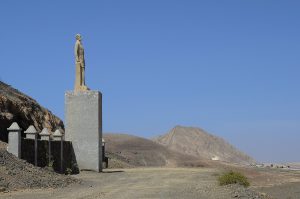 And if you want to know more, in the hillside of Tindaya mountain there is a monument in honor of the writer and his works dedicated to the island. And also the film “La isla del viento” directed by Manuel Menchón, tells you the history about the stay of the writer in Fuerteventura.